Guide to the Isle of Wight Scooter Rally 2016

The August Bank Holiday is dawning which for many scooter riding enthusiasts only one thing; the Isle of Wight Scooter Rally! 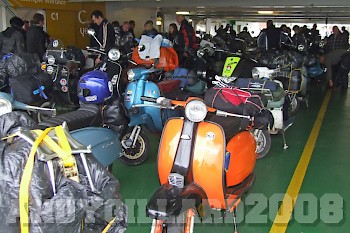 Arguably the biggest event of it's kind, the main rally is organised by VFM*, a group of scooter-riding enthusiasts who organise this and a number of other events which form part of the BSRA annual scooter rally calendar.

What's the BSRA? The British Scooter Rallies Association (BSRA) was formed at the Morecambe Scooter Rally of 1997, after the demise of the N.S.R.A. (National Scooter Rallies Association) and virtual collapse of the national scooter rally scene in this country. Its main role is to try and look after the needs of ordinary road-going scooterists, and hopefully protect the national rally scene. The BSRA is a committee of Clubs, Alliances, Scooter Organisations and Scooter Riding Individuals who have a genuine love and interest in perpetuating the traditional British national scooter rally. It’s a mark of quality being included on the B.S.R.A. list, and a guarantee (as far as is possible) that the event won't be cancelled, and that you won't be ripped off. And most importantly, that it is run by genuine scooterists.

So what can you expect on the Isle of Wight? The scooter rally is based on the Smallbrook Stadium speedway circuit on the outskirts of Ryde where you will find camping, bars, dealers market and entertainment both day time and in the evening.

For those staying in the town of Ryde - or campers who fancy a change of scenery - VFM have again organised for buses to regular take scooterists to and from the town to the site for a nominal fee. 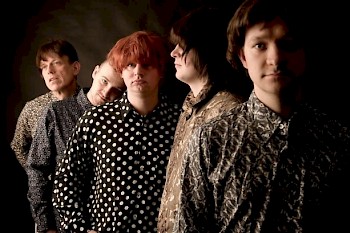 Friday night's headline act at Smallbrook stadium is Tom Hingley from the Inspiral Carpets' new band, the Kar-Pets, bringing the authentic taste of Madchester to the scooter rally.

Saturday on the site is the perfect day to chill out, do a little shopping, have a dink or three and talk scooters with your friends. An influx of people and machines will arrive on the site to both explore the dealers market and also view the scooter custom show where some of the finest classic and custom scooters in the UK and Europe can be admired. And if you've got a scooter worthy of entry yourself, check out the official VFM IOW Scooter Rally page on Facebook and download an entry form.

Don't forget too that while exploring the dealers' market to come and say hello to us here at Lexham Insurance! As a long time supporter of BSRA events as well as the organisation's annual rider championship, Lexham have a regular spot at the Isle of Wight (and other BSRA events) so if you have any questions about insurance or just want to say hello, come along and pick our brains!

Sunday at the Isle of Wight is the day of the big rideout, departing from the seafront in Ryde (details will be available in the rally programme that you can obtain from the rally campsite). 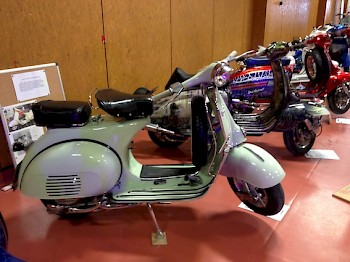 It's an occasion that attracts scooterists and locals alike, and something that scooterists from overseas often view in awe. Where else can you see hundreds and hundreds of classic scooters gathered together for one long ride?

The rally starts on Friday 26 August 2016 and continues until the Bank Holiday Sunday. If you've not booked your ferry yet, then VFM have arranged a 20% discount with Red Funnel from Southampton. This discount only applies to Scooters and Riders, not to vehicles of the four wheeled variety.

See you on the Wight Isle!