Cycling: How Bikes & Kit have changed since the 90s

I’ve been taking part in cycle races and triathlon since the 90s and seen first-hand how much things have changed over the years. 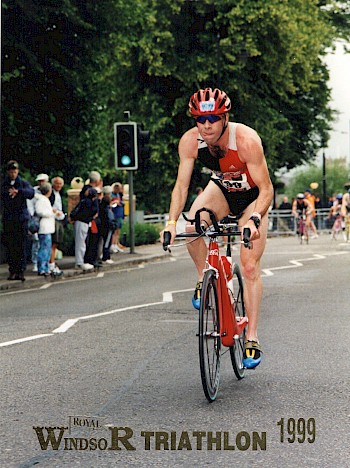 When I started triathlon and road racing back in the early 90s my bike was a Steel road frame with gear shifters on the down tube. So, when it was time to take part in a triathlon, you simply clipped on your aero bars, ready to go.

One interesting point, which I’ve recently thought about, you never mixed bike parts, if the frame was Italian, you would put Italian parts on a Italian bike. It was the unsaid rule which came from the tradition of European cycling. Where most American bikes used Shimano, nowadays a lot of Italian bikes use Shimano, the Sky Team are a prime example. Why is this? Better priced, maybe because it’s the most popular in today’s market, due to its advancements in technology, that’s my guess, not sure of the figures, seems to be majority of people have Shimano. There are still of course a lot of riders who stick with Campagnolo on their new Italian bikes, keeping up the tradition, I totally get it and wouldn’t dare to put non-Italian parts on my old 90s Pinarello. But I do on my newer Italian bikes.

In the mid 90s gear shifters integrated into the brake levers were introduced, also aluminium bikes came on the scene, replacing the traditional steel frame. Then the introduction of carbon, there were a few titanium bikes around, but Carbon was the one, lighter stronger and easy to create aero shaped frame.

Clothing changed towards the end of the 90s with more 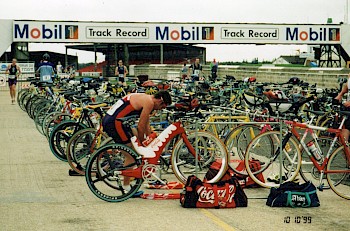 technical materials and tighter fitting clothing but still the same traditional bib shorts and jerseys. Where Triathlon clothing changed quite dramatically after the 90s from little trunks and crop tops to one piece suits (thank goodness)…

Today technology in bikes is advancing all the time. But now people are getting steel and titanium frames again, as well as their state of the art carbon bikes, not for racing but just for a great bit of retro style or touring and commuting.