Home / Blog / Which electric bikes and scooters can you ride?

Which electric bikes and scooters can you ride?

There’s no mistaking the fact that us petrol heads are living on borrowed time. Some car manufacturers are already halting production of new fossil fuel powered cars, and cities around the world are banning polluting vehicles right, left and centre. It’s only a matter of time before we’re history.

Although hybrids have been around for a while it’s more likely that electric or hydrogen power (the Met Police are currently trialling hydrogen powered Suzuki Burgmans in London) will be the main source of propulsion in years to come - at least until something better comes along. Battery power is already being pushed as the saviour of the planet, despite the materials and methods used to manufacture the battery cells (and power the nuclear reactors needed to generate the power) being arguably more damaging than petrol… Anyway, who are we to argue over the ethics behind it? 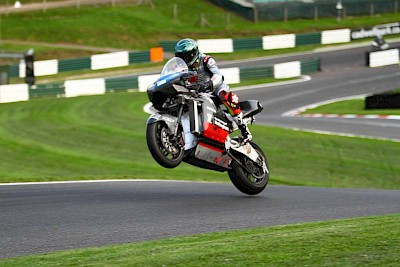 Electrically powered vehicles aren’t new of course, remember your old milkman from the 1970s? He was a pioneer of this ‘new’ technology with the fastest milk float in the west. Thankfully the tech (and milk delivery) has moved on a bit since then and the latest battery cells are getting smaller, lighter and producing more power than they did just a few years ago. Take the Isle of Man Zero TT race for instance. When it first started in 2010 it was fairly uninspiring to watch and the first rider to complete a (at the time unthinkable) 100mph lap was in for a £10,000 bonus donated by the Isle of Man Government.

That milestone was broken by Michael Rutter in 2012 with a lap of 104.056mph around the 37.73 mile course. The other two riders on the podium also lapped at over 100mph in that race. In 2015 John McGuinness lapped at 119.279mph on his Team Mugen electric bike and still holds the record. Things move quickly in electric technology. So where does this leave us road riders?

Third place on the podium this year, the University of Nottingham Zero TT team got off to a flyer during testing at Cadwell recently. Thanks to Jack Stringer for this image.

A long road ahead 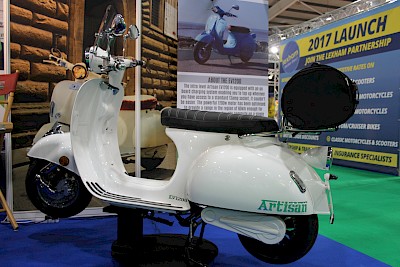 Obviously this technology and investment will filter down to our humble scooters and motorcycles. Any company cracking an alternative power source with enough power and range to make long distance travel possible will reap the financial rewards. As it stands it’s not practical to cover long distances on an electric scooter, as there’s no quick charge, or battery swapping stations to make distance riding possible. It will come though and already the infrastructure is getting geared up for it with new charge points being installed quicker than the 12 fingered miners of Kazakhstan can dig their uranium up.

Grants towards the high cost of electric cars have been around for a while, strangely motorcycles/scooters only started to qualify earlier this year. That’s despite their congestion busting attributes, which make them an ideal choice for overcrowded cities. Now that certain models of electric bike qualify for the Plug-In grant, buying an OLEV approved machine will save you up to £1500.

To help you understand electric machines and what you can ride here’s a look at the various classes. 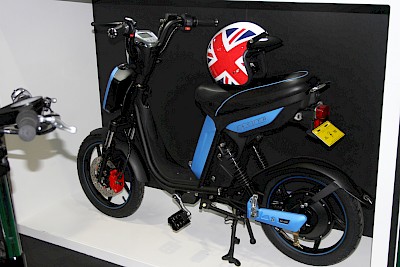 Pedelecs or Electrically Assisted Pedal Cycles (EAPC) are restricted to 15mph and can be ridden by anybody over 14 years old. You don’t need a licence, tax, MoT or insurance. Their maximum power is 250 watts. A great example of a popular pedelec is the E-Rider Model 15, which gives a range of up to 25 miles on a single charge.

It looks like a scooter, rides like a scooter and carries all the same legal requirements as one. You’ll need to be 16 or over to ride one of these, you’ll also need a CBT (unless you passed your car test before Feb 2001) it also needs to have a number plate, tax (even though it’ll be free you need to apply for it), MoT and insurance. You’ll need to display ‘L’ plates as well if you need them. L1e class electric mopeds are restricted to 28mph.

Just like their petrol equivalents this class of electric bike/scooter comes with a power restriction of 11kw/14.6bhp. You’ll need to be 17 years old or over, have a valid CBT and insurance etc. An electric machine in this class will do between 60-70mph and get there pretty quickly. That’s one of the benefits of an electric motor, the power is linear.

Larger powered electric bikes and scooters are few and far between (for the time being) but the latest BMW C evolution Plus is rated at 19kw continuous power and falls into the A2 licencing category. It means you’ll need a full A2 bike licence to fully appreciate its power.

Confusingly, the original BMW C evolution is rated at 11kw and falls into A1, despite putting out almost 52bhp continuous power at the rear wheel. The peculiarities of electric bikes take a bit of fathoming out.

With the OLEV grant making electric scooters seem financially more attractive and their increased range making them more practical it won’t be long before the world is over run with silent urban transport. Will you be part of it? If you are tempted to jump onto electric power why not read our article on the benefits of electric motorcycles.