The Lambretta museum in Weston-super-Mare

Weston-super-Mare has a long affiliation with classic scooters, a number of related magazines being published in the town by scooter enthusiast Stuart Lanning since the early 1980s. 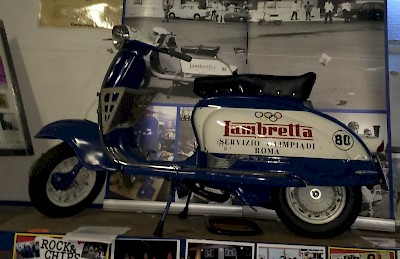 Following the sale of his last magazine in 2003, Stuart continued his Scooter Products business but was soon tempted to once again get more involved with the scooter scene.

Back track a few years and Nigel Cox first collected the scooters and then opened the Lambretta Museum in the town as a side line to his Lambretta spare parts business he ran from the same premises. Renowned for sourcing hard to find spares, his search often led him to discovering some fine examples of Lambretta scooters too, along with related memorabilia.

Nigel eventually decided upon early retirement, first selling the business and later - around 2006 - the museum too, which was subsequently purchased by former scooter neighbour (the magazine offices when I worked for him were around the corner from the museum!) Stuart Lanning. He closed it down, refurbished the premises and exhibits before reopening for Lambretta fans from around the world to appreciate. 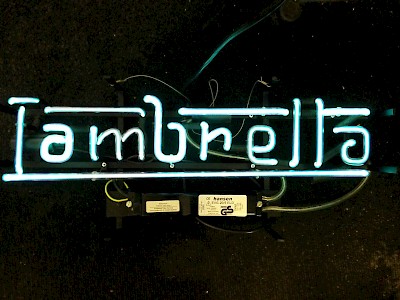 The Lambretta museum currently occupies 4,000 square feet and houses the range of Lambretta scooters from the first - a 1947 Model A - to the last produced by Italian firm Innocenti (the company that created this humble commuter vehicle in post-war Milan), a Grand Prix model. Such was the popularity of the Lambretta in its heyday that Innocenti licenced factories around the world to produce scooters for the local market, and the museum also houses examples from Germany, India and a fine trio from Spain too.

If you have never visited yet have even a passing interest in classic two wheelers it is certainly worth stopping by. Yes the final Lambretta as we know it may have rather silently rolled off the SIL production line in India in 1997, but in the 1950s and early 60s the amount of Lambrettaa sold in the UK struck fear into the hearts of many a well-known motorcycle manufacturer on these shores, many of whom didn't last beyond the 1960s. SIL (Scooters India Ltd) by the way was the company set up by the Indian government to continue Lambretta production after they purchased the tooling and rights from Innocenti in the early 1970s.

Back to the museum and whether it's checking out your first ride as a teenager, noting the development from the first models to the last in little more than 20 years, discovering more about the Lambretta which was used in the 1960 Rome Olympics, or you simply enjoy anything on two wheels with an engine, it's worth a visit. I've been working down their recently on a project with Stuart and honestly never tire of looking around! 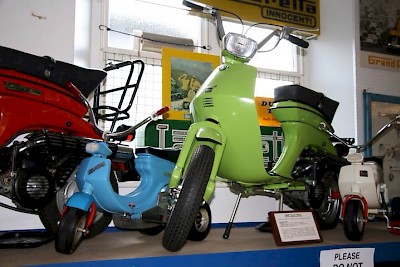 Sadly the museum is on the process of closing down,albeit slowly. Unfortunately all but one of the Lambretta 3-wheelers have been sold off (albeit the extremely rare Ghia-designed autorickshaw is still on display), but the scooters and plenty of memorabilia are still there.

The Lambretta Museum can be found on Alfred Street near The Boulevard in Weston super Mare and is open most days (Not Sundays) between 11am - 2pm. Please call 01934 417834 before making a special trip to check. No entry fee is required, but donations are welcome and there are plenty of scooter related books, gifts, posters etc to buy.

For those scooterists attending the Exmouth scooter rally at the end of July, please note the museum will be closed on the Thursday (before the rally), Saturday and Sunday but open on the Friday.